Pawpaw passed in 2001, and the small town market closed not long after. We realized then that no one knew the ingredients of the highly secret frying batter that Pawpaw had made for years. Hearts sank as the last bags of Pawpaw’s legacy dwindled down. It wasn’t until nearly 10 years later, while cleaning out a storage room full of memorabilia from the old market, that it was found in an old register written in Pawpaw’s very own handwriting on a piece of butcher paper. Since rediscovering the recipe, efforts have continued to grow what Pawpaw started over 35 years ago. 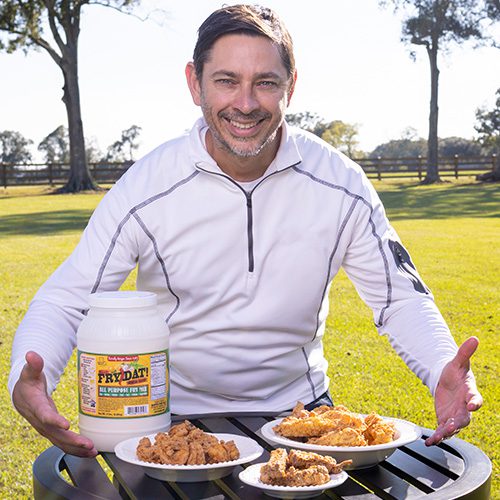